In this startling new vision of a cultural classic, Wendy intends to live happily ever after with Peter Pan.


But Time, like this tale, behaves in a most unsettling way. As Wendy mothers the Lost Boys in Neverland, they thrive on adventure. She struggles to keep her boys safe from the Island's many hazards, but she finds a more subtle threat encroaching from an unexpected quarter. . . . The children are growing up, and only Peter knows the punishment.


Hook & Jill is absolutely not what I expected. It takes the original Peter Pan story and completely warps it but it somehow works really well. It's pretty much the original story but written for more of an adult audience. When I first read the blurb, I was insanely curious about how Jones had written her own version of this classic and I think she did really well.

I found myself rooting for Captain Hook, as Peter Pan was a cocky little jerk and I could not stand him. Wendy at times seemed to be the little wife who says anything to assure her jerk of a husband and at one point, I so was over that. As such, there were times when I just found myself utterly bored. I didn't care for Peter Pan or that pesky little Tinker Bell, which honestly, is a major b-word.

But it was the Captain Hook that made me want to continue the book. I think he was just a little misunderstood. I mean, really? Peter Pan cut his hand off, who wouldn't be pissed about that? I would be! I wanted him to has his happy ending, no matter how bloody it was sure to be.

All-in-all, Hook & Jill is an edgy story based on a classic. Wendy comes into herself and learns that there's more to life than being a kid with no responsibilities but when you live in a land that Time has no meaning with a bunch of snot-nosed kids, with a jerk for a "boss" and a fairy who is pretty much out to get you, things can get dangerous - fast. Captain Hook was the best character in my mind and I rooted for him throughout the story. I really enjoyed this version of an old classic, it's very nicely written and compelling.

This sounds hilarious and kind of crazy!

Funny idea to write a Peter Pan story that way. I would be on Hook's side too. Who wouldn't be pissed if you lose a hand? LOL
Will put this one on my list.
Great review hon!

Never heard of this one, but it sounds awesome! Will definitely be going on my wishlist. Thanks for the great review!

Carrie at In the Hammock Blog said...

Great review! I just added this to my to read list!

This sounds good. I love the cover. It's very Pirates of the Carribean.

I enjoyed this novel as well. It's fun to see it tweaked this way.

There's another Peter Pan novel to read as well... based on Barrie's idea for more adeventure.
http://www.peterpansneverworld.com/
And the author of it has met with Andrea Jones, too.

I am loving that cover and the review makes it sound fascinating. I will definitely have to get it now. 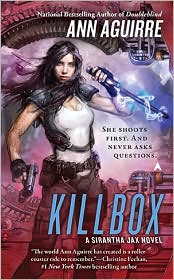 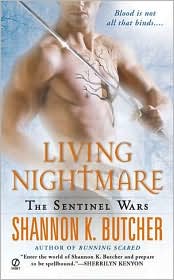